Jeff brought Tank up this weekend to play in the snow.  After all, it hasn't snowed this much since March of 1993, and Tank can't wait another 24 years for a blizzard.

We didn't get plowed out until Friday late afternoon, and Jeff was kind of disappointed.  I told him to go ahead and try driving his Jeep over the snow bank and down the long, unplowed part of the driveway.  These are Jeff's pictures, because you know I wasn't out there tromping about in over 2 feet of snow just to take pictures of a fool trying to get his Jeep stuck. 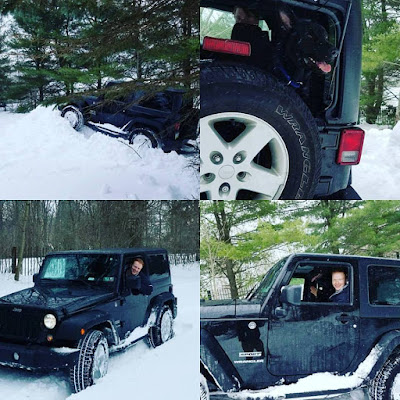 And Tank had a marvelous time in the snow.  Since he is now a 100 pound dog, and he's sunk into the snow, you can get an idea of just how deep it was. 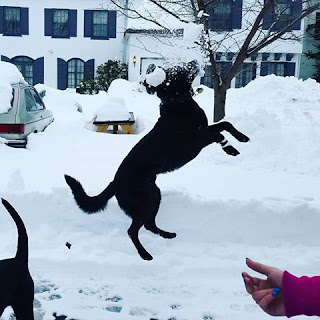 Did you like how he caught that snowball there? 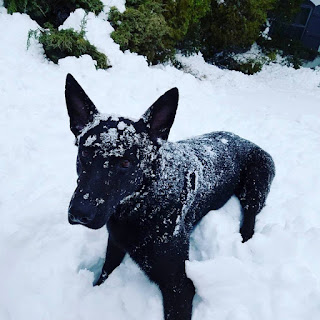 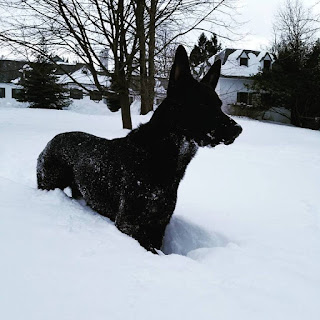 And he found a stick!  I don't quite know how he did that, but good for him. 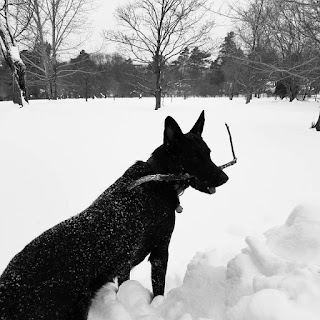 And, yes, I know it's not like where Sue grew up, in northwest New York.  But lake effect snow is unlike anything anyone ever sees.  There's a reason people move from Buffalo to warm places like Pennsylvania.

Baby Madeline was here for her birthday, too, but those are pictures for tomorrow!

Email ThisBlogThis!Share to TwitterShare to FacebookShare to Pinterest
Labels: snow

This porch has a roof.  That snow isn't supposed to be there. 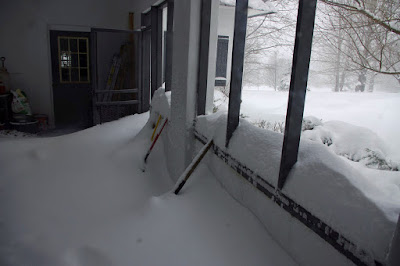 Looks like I'm not opening this door without bringing snow in. 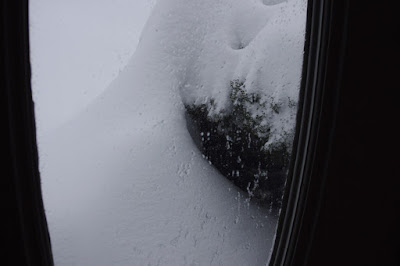 See those lumps out there?  Those are cars.  Cadillacs and a Chevette, to be precise. 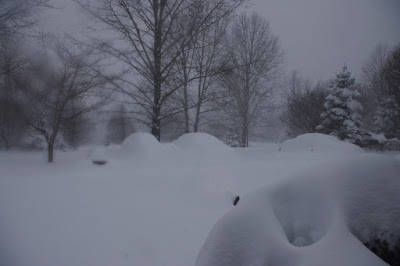 See the dark smiley looking thing next to the tree?  That's a picnic table.  The table part. 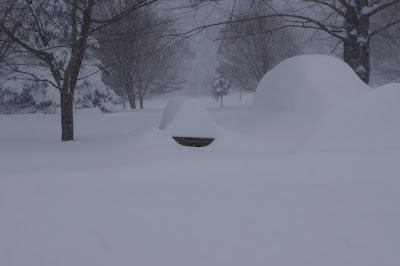 And I sure as anything am not opening the front door. 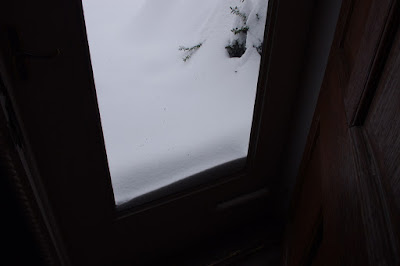 I cleared 4" off the porch at 4AM, and the porch is 4" below the doorsill upon which I stood the yardstick.  You do the math. 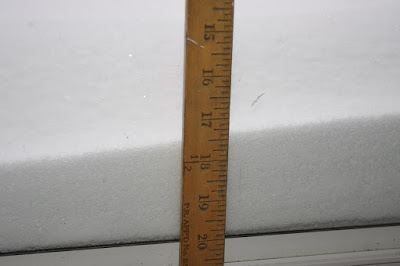 The planter in the middle of the courtyard is a lot shorter today. 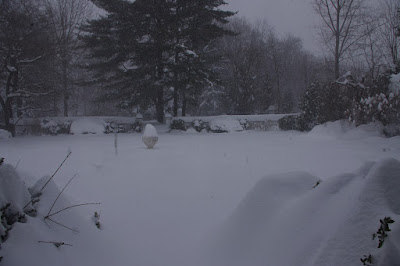 So that's the snow.  It's supposed to continue for some hours yet.  Good thing I don't need to get out in order to celebrate Pi Day!

Just a drive-by posting to let you know we are all well.  A couple of issues around here have kept me tied up, but everything's resolved at this point.

Meanwhile, we're squarely in the path of the Nor'easter bringing a blizzard to the northeast, and expecting up to 2 feet of snow.  No matter; we got a food delivery Friday.  My generator is at the ready. 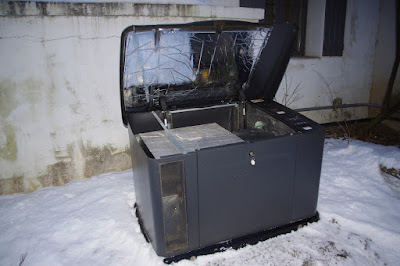 I even swept the snow away from it, in case I need to fuss with it.  But the panel says it's ready to start up when the power goes out (which the TV is promising it will do). 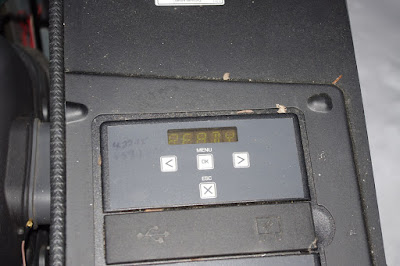 And I have a car parked next to the street, in case we need to leave in an emergency before the plow man gets here.  Since the snow isn't supposed to stop until late Tuesday or even Wednesday, that is a possibility.

So, bring on the blizzard; I'm not scared!

Happy Monday, everyone!
Posted by Marjie at 8:48 PM 4 comments: