What is Nora studying so intently? 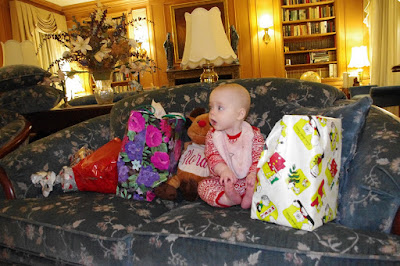 Grandpa's flying shark, of course.  What else would one get a grandfather? 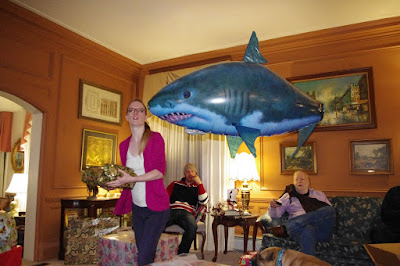 Bebop wanted to protect Nora from her bear. 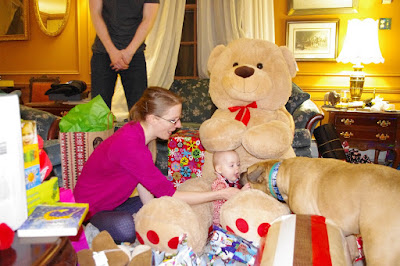 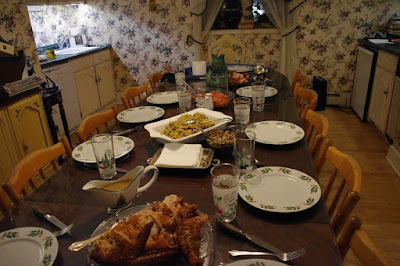 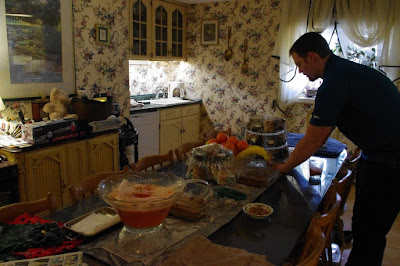 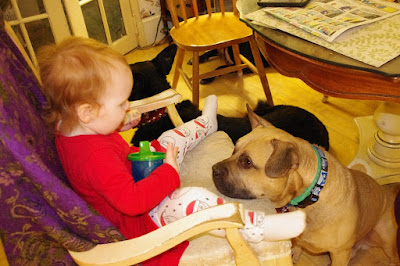 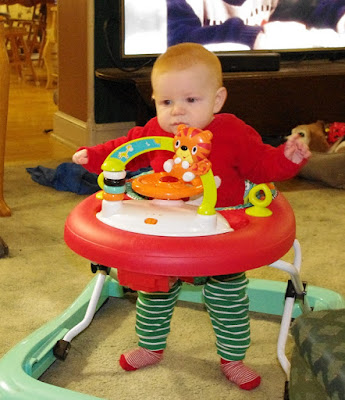 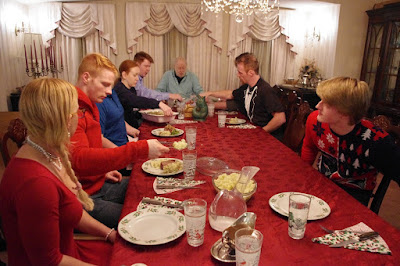 Third Christmas:
Yes, I was there. 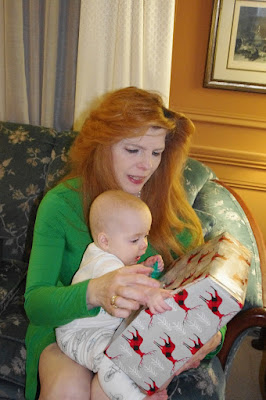 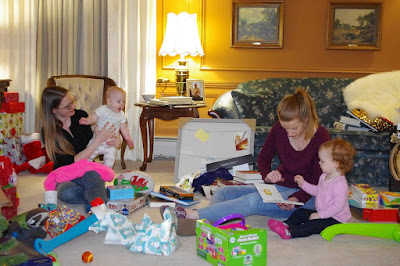 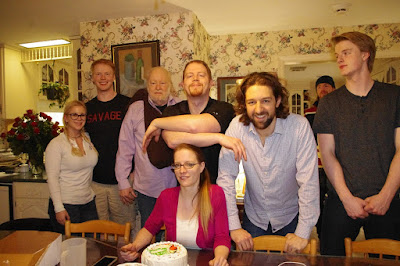 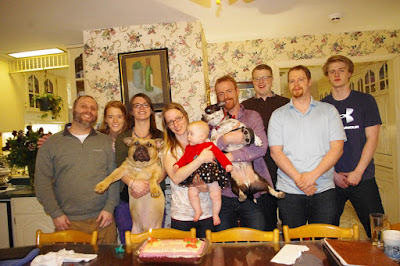 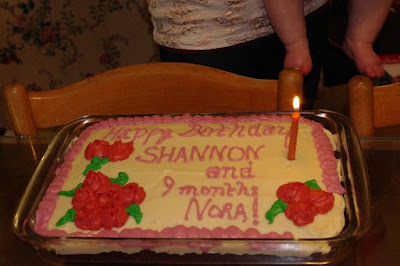 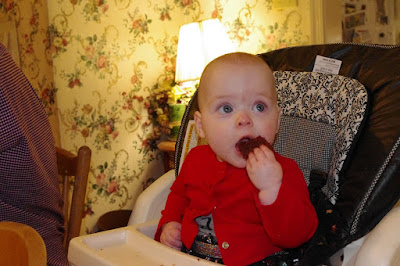 And then came the visit by the grandchildren for a week, while their father took a business trip to California, and their mama went to get relief from snow. 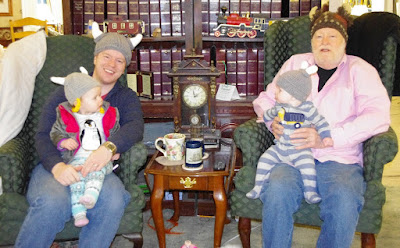 The children bought this hat for their father some 10 years ago, and our son's wife found nearly matching hats for our son and his 2 kids.

And my dearly beloved's 75th birthday, for which many made the pilgrimage, and we enjoyed a Lemon Sponge Cake. 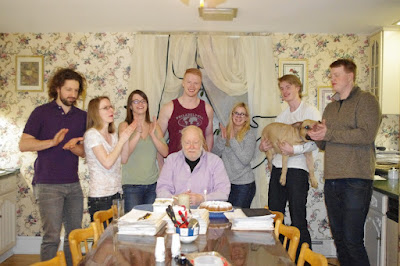 But a week before this event, my dearly beloved, who had had pneumonia New Year's week, was diagnosed with lung cancer.  He began treatment within 3 weeks, but it wasn't enough.  To cut short a long and painful story, he was hospitalized twice, the second time because his left leg was paralyzed.  The cancer grew despite treatment, broke his spine, and the week after Easter, they gave him 2 to 4 months to live.  He died 36 hours later, on April 6.

My heart is broken; I don't know how to live without him.  He's been the center of my universe for 39 years.  Now, I have to figure out how to recenter my world, and survive for the sake of Mark, who lost his father when he was only 18, and Ryan, who's not in much better shape at 21.  The world is a cold, harsh place today.

Or, as Jim Croce sang on what I believe was a B side of a 45 back in the early 1970s, "Photographs and memories, Christmas cards you gave to me, all that I have are these..."

I'll be back, some time.