Every year, Louise hosts an online picnic. I wasn't going to join in this year, because life in my little corner of the world is incredibly busy this year, but I made this cake, and she graciously gave me the letter A, so here I am! 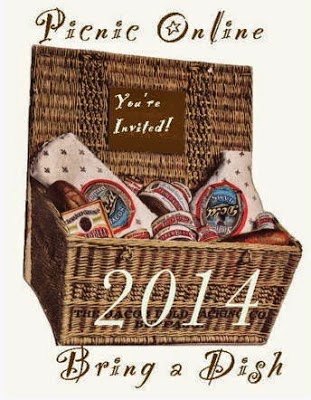 Sift together the flour and cornstarch and set aside. 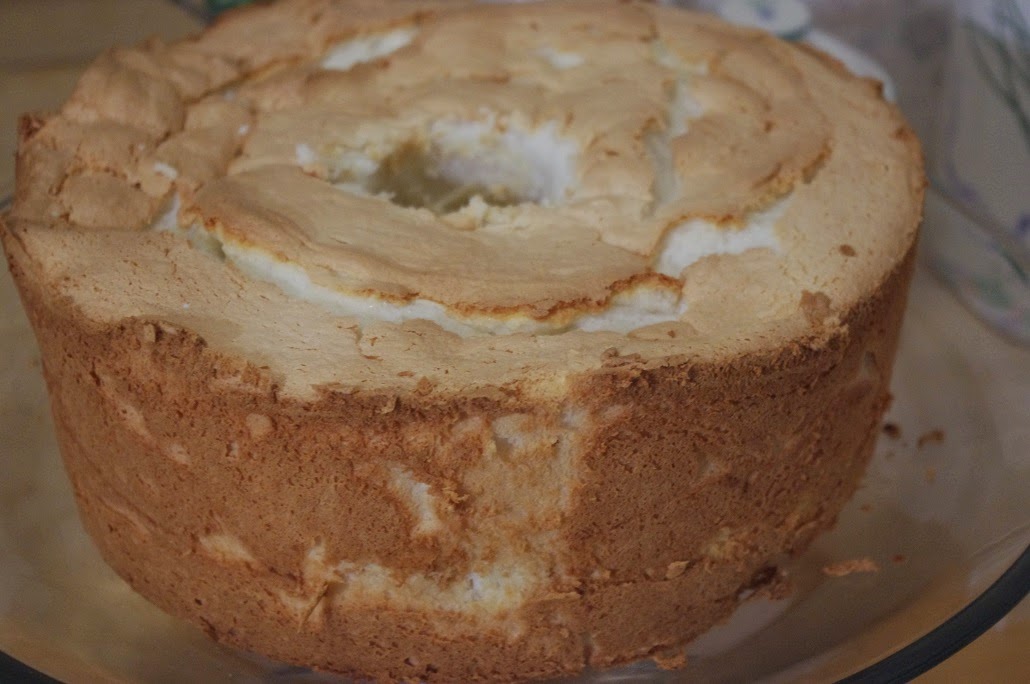 My dearly beloved saw me separating the eggs, which he's evidently never witnessed before, and about jumped out of his skin in distress when he realized I was discarding the yolks, instead of keeping them for "something else."  It was rather amusing.

Ryan walked past the egg whites while they were beating, and declared that the scent was very tempting, and I should be sure to save some of this cake for when he got home from work.  Poor guy; as if I have ever failed to save him cake!

All in all, this is a much easier cake to make than one might imagine.  And just look at this light and fluffy texture!  It truly almost does qualify as "diet cake"! 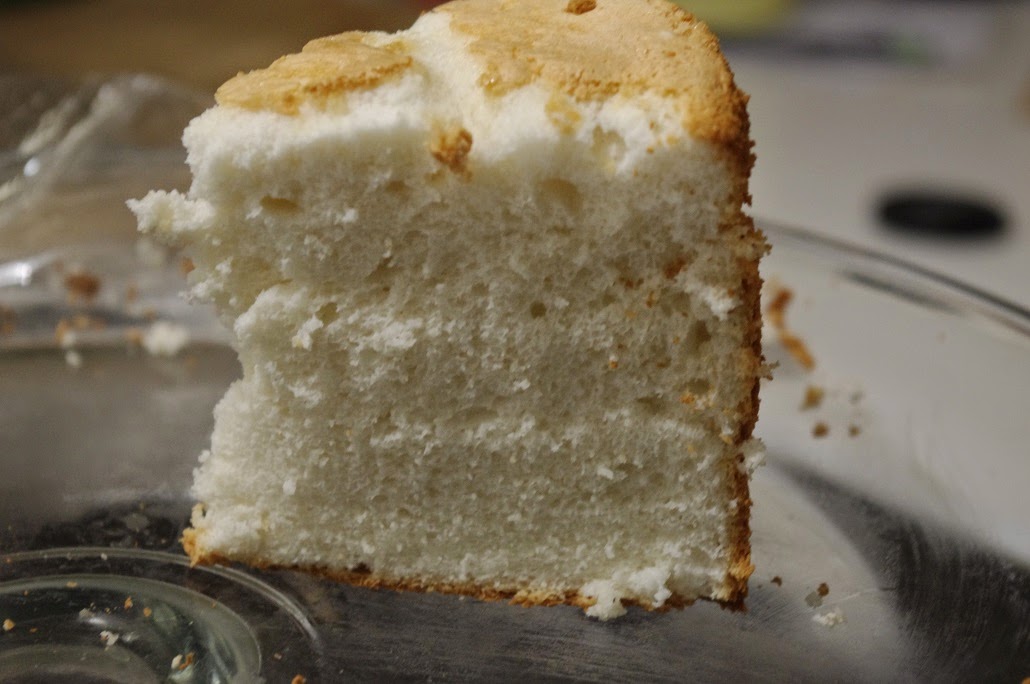 On July 1, Louise will be featuring a roundup of all of the offerings for the Picnic Game, so be sure to check in with her then!  Happy Picnicking!

I love angel food cake. And what's the use keeping all those yolks! I do and eventually throw them away.

What a beauty. And I'll bet the look on your husband's face was priceless.

This was my moms go to cake so I hate plenty of it as a kid.

It's that time of year again, Marjie, time for the Picnic Game!

As I read your post, I wondered to myself whether last Picnic Games reflect the signs of the times whether in our personal lives or in the vast world around us. I will need to check back on the last 5 years and see:)

Your Angel Food Cake is lovely and even better too because secret be told, I must be more on top of my cholesterol too.

The possiblities are endless but, who you believe, I love Angel Food Cake the best, as is:)

Thank you so much for taking the time to join us again, Marjie. I know how busy your corner of the world is and we do appreciate it! "See" you at the picnic!

Angel food cake is the perfect choice for the letter "A" -- big question, will there be Devil's Food Cake too?

Nothing like a good 'ole springy angel food cake... yum!

The first letter and we already have dessert. Pretty good. Maybe someone will bring ice cream to serve with it.

So glad you could join the picnic game. Actually angel food cake is one of my favorites. I love it's sweet simplicity!

Hi Marjie, your Angel Food Cake looks so soft and moist too. Great to go with a cup of hot coffee. See you at the picnic. Regards :)

angel food ain't easy, but yours look so impressive! bravo (and excellent choice for 'a'). :)

A delicious looking cake. Perfect for a picnic:)

wow that is a tall cake - and 12 egg whites is a lot of separating - did you end up using up the yolks?

Lovely angel food cake! It looks so fluffy and good! I'll be sure to have a piece or even two at the picnic. See you!

Oops, you lost me on this one. My grandmother loved angel food cake and we had it often. I never liked it and still don't. Childhood food rules still hang around.

Your angel food cake looks delish! So high and fluffy.

Nice meeting you, Marjie! Your angel food cake looks so fluffy delicious. I'm going to pack home a few if you don't mind. See you at the party.
Blessings, Kristy

Super idea for a picnic, Marjie! And isn't it fun being at the beginning of the Picnic Game alphabet? :)
Have a great weekend!
Barbara

Hi Marjie, I love your name with a (j)...I'm Elisabeth, with and (s)...a little different but the same sound!

This is the first season I joined the Picnic Game, and I'm glad I did!
I love your 'light as feather' homemade Angel Food Cake. It's a perfect cake for a picnic, not gooey creamy that would melt, no mess, for sure, and low in calories!
See you ate the picnic, and do stop by to sample my Vegan Mango Salsa!

Pleasure meeting you. Your Angel Food Cake is a stunner.

Angle food cake is an all time favorite! Simply beautiful! Hope you sit near me and share a piece! Perfect choice for a picnic!! See you there!

Hi Marjie, Happy Picnic Day! Nice to meet you...There is nothing like a slice of Angel food cake. So light and you can do so many things with it. Thanks for sharing this beautiful cake...See you soon..enjoy your day! Dottie :)

What a great idea for the picnic--I am so glad you decided to join in! I try to make dishes that use egg yolks, then freeze the whites so I have some around when I need them(though I don't think I ever got up to 12!).

Hi Marjie , love Angel food cake , never had much luck in baking them , I will try this one you make it look easy .
Nice to meet you . See you at the picnic :)