In the weekend edition of the Wall Street Journal, there's a section called Arena.  And in arena each week, they have some person who's famous in the WSJ world select 5 books they love, maybe that they'd take on vacation or something. A few weeks back, one such person selected his or her (see, I've even forgotten who it was) five favorite books by P. G. Wodehouse.  Of course, I immediately downloaded probably a dozen or more, ignoring altogether which ones were chosen.  I've read these two (during breaks from The Poe Shadow), and enjoyed them.

THE ADVENTURES OF SALLY
by P. G. Wodehouse

Sally has just turned 21, and received the proceeds of her trust fund, $25,000, a princely sum indeed around 1910.  She's engaged to a man who's just written a successful play, but is keeping the engagement secret at his request (uh-oh).  Sally holds a dinner party at the boarding house where she resides, and treats herself to a trip to Europe.  While at the beach at the south of France, feeding some dogs, two Englishmen sit near her and proceed to discuss her looks and feeding the dogs.  She later encounters the red-haired man, Ginger, at her hotel, and of course he's quite abashed at having been overheard, but becomes quite smitten with her.  A few days later, when she's boarding a train bound for England, from whence she'll sail back to New York, Sally meets the other man, Ginger's cousin, for whom she has an immediate dislike, but who also is quite attracted to Sally.  Upon returning to New York, Sally learns that her older brother has "invested away" his entire inheritance, so she gives him most of hers to invest; her fiance has married someone else, and Ginger comes to New York to find Sally (as, later, does his cousin).  Lighthearted and fun.  4/5

Jill is engaged to Derek Underhill, a baronet and new member of Parliament, but his very stodgy mother strongly disapproves.  An outing to the theater by Jill and Derek, with Derek's mother and a friend, Freddie Rooke, is interrupted by the stage suddenly catching fire and everyone evacuating the building.  Freddie is sitting separate from the others, and Derek leaves with his mother and without Jill, who is escorted from the building by the stranger sitting beside her, who turns out to be a childhood friend, Wally Mason, who has long ago left for America and was the playwright for the show they'd been watching.  Add in Jill and Freddie's rescue of a mouthy parrot from a jerk, Erb, and their subsequent arrest, Derek's cancellation of the engagement, Jill's Uncle Chris losing her inheritance, Jill's departure for New York, and Freddie following at Derek's behest, and it's a rather entertaining romp.

Here's a sample of the Wodehouse humor, in the form of a conversation between Wally and Freddie when they're both in New York: 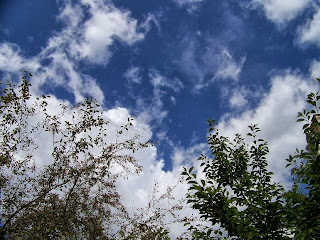 Happy Thorsday, everyone.
Posted by Marjie at 5:54 PM

Hi Marjie, I have some Wodehouse in my dear dad's collection. I'll have to get them out and have a read. No worries, and love, Stella and Rory

“One of the poets, whose name I cannot recall, has a passage, which I am unable at the moment to remember, in one of his works, which for the time being has slipped my mind, which hits off admirably this age-old situation.”

I haven't read either of these, but I will.

I've heard of Wodehouse, but I haven't read anything by him yet...