Too Early for Straw Hats?

My local paper runs a history column, with excerpts from its earlier editions.

"A high temperature of 87 degrees was recorded the previous day in Scranton.  Due to the heat, straw hats were spotted on the heads of men downtown.  Official straw hat season was due to start on May 15." 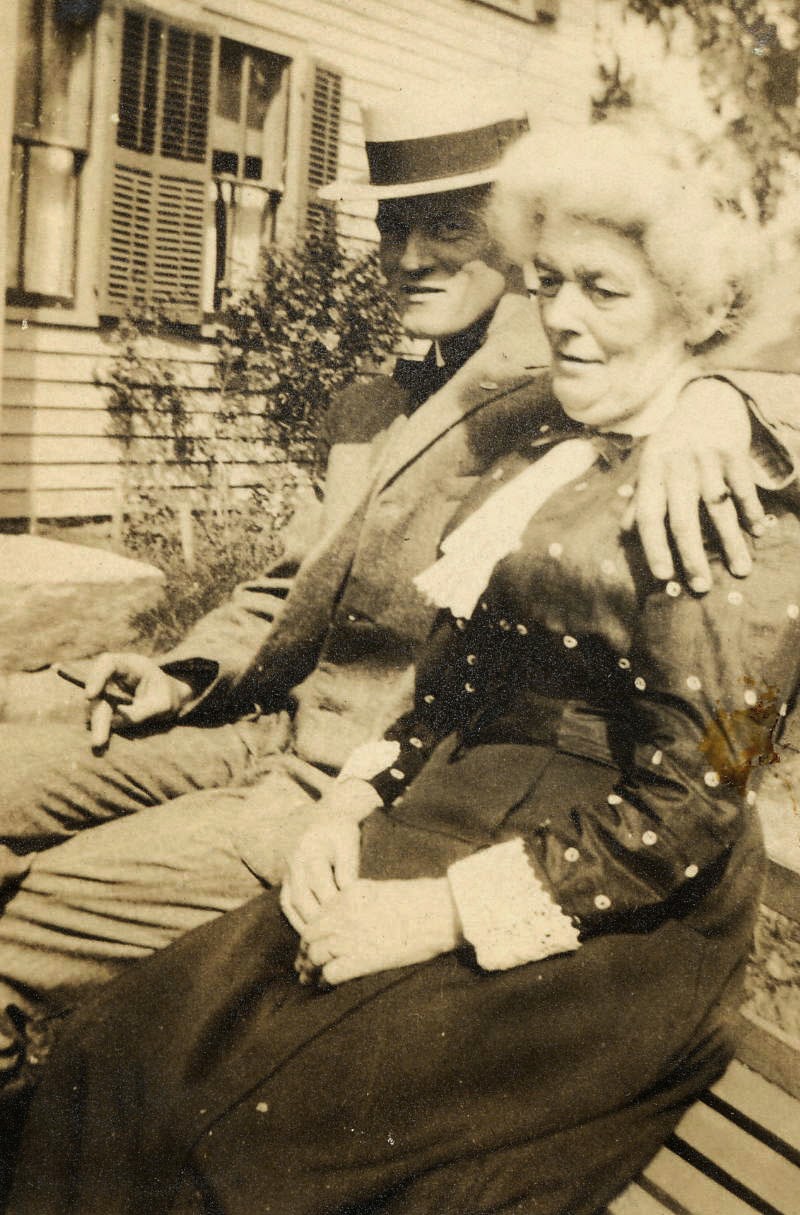 No word on whether the police were ticketing violators of Official Straw Hat Season, nor whether ladies were seen wearing White Shoes Before Season.  At least the gents had the fashion police surveying them, too.

Also no word as to whether this gent was wearing an appropriately seasonal hat while visiting with his mother in Massachusetts, approximately 100 years ago.

Happy (Nowhere near 87 degree) Sunday, everyone!
Posted by Marjie at 6:40 PM

Hey, May 15th is my birthday! Glad to know it officially kicks off the straw hat season!

Very interesting hat story. Love me a straw hat too.

Haha, this reminded me of Abbott and Costello and the Susquehanna Hat Co skit. I remember my father wearing a hat all the time when I was young. It was the done thing but here in Oz the hats were made of rabbit skins (felt). No worries, and love, Carol (and Stella and Rory)

Hats now have only practical uses... funny to remember when they were such symbols. I think they indicated a lot about a person's status and profession, not just whether the person knew about the official hat season.

I love that hats were so popular back then - wool in the winter & straw in the summer.

Ha! I'm always nervous in public because I worry I'm breaking some unwritten rule that I didn't know about. I am so socially awkward! Now I have straw hat season to worry about, too. (And I've already broken it. Hopefully it only applies to men?)
;-)

My Grandmother had all those clothes rules and food rules too. When we could eat certain foods, though she used to cheat sometimes.

Love the photo, and you'll have to come here for the 95 degrees.