Ever since I got my new bread machine, I've been rereading my bread cookbooks.  This was the second bread machine cookbook I ever got; my mother bought it for me for Christmas right after I got my first bread machine.  It was simultaneously the most useful and nicest present I ever received from her, which rather makes me sad. 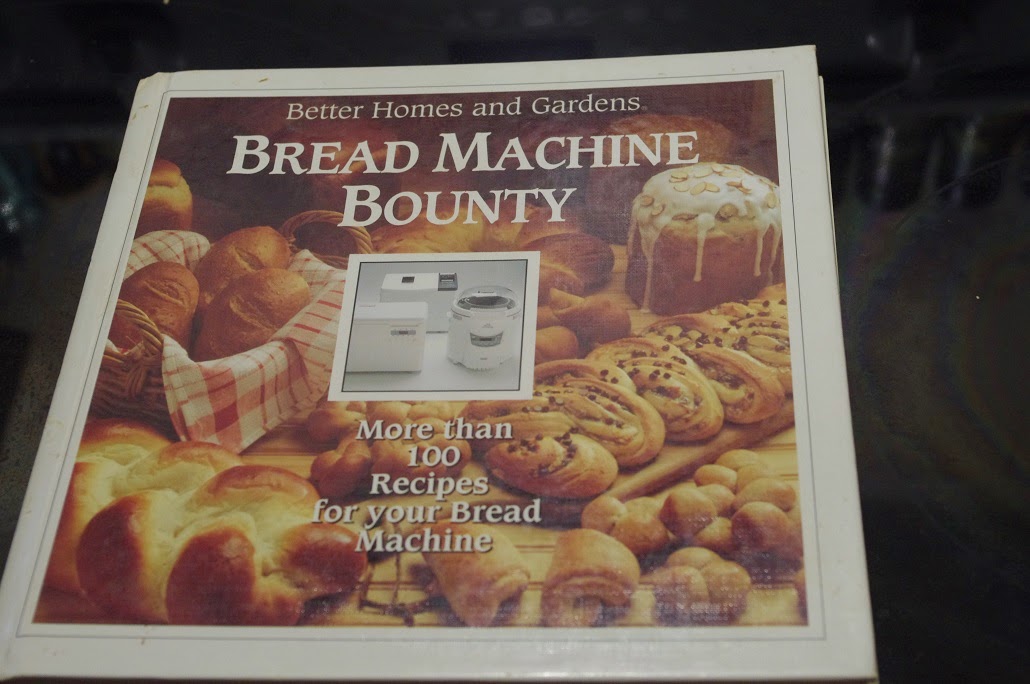 The categories of bread are pretty basic. 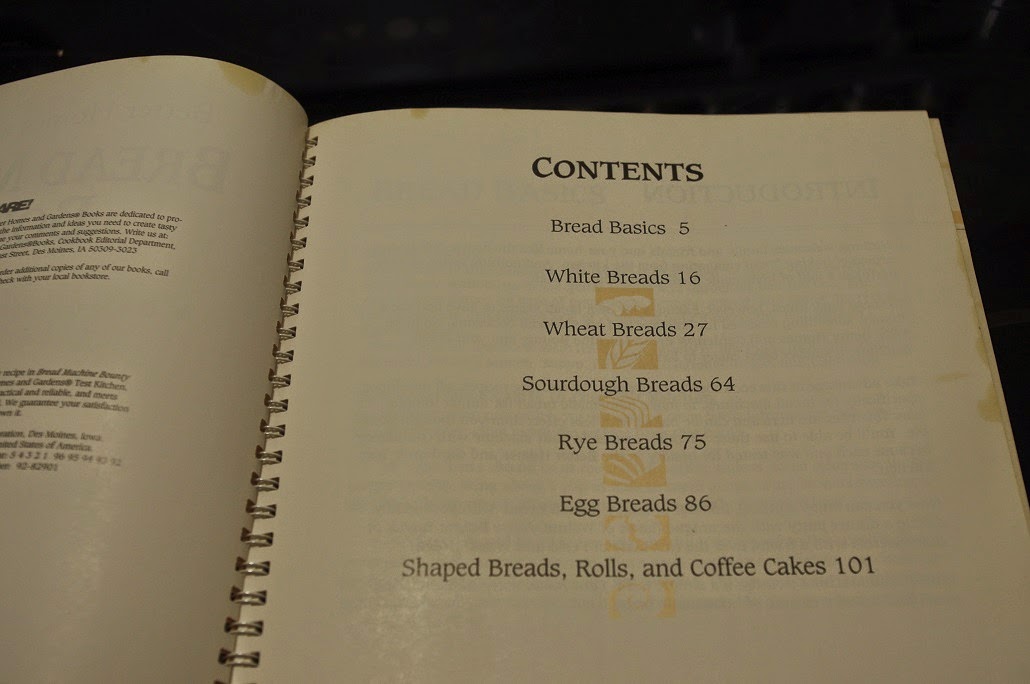 You can see that this is a very early cookbook, before the advent of 2 pound machines.  A little math is in order to make larger loaves. 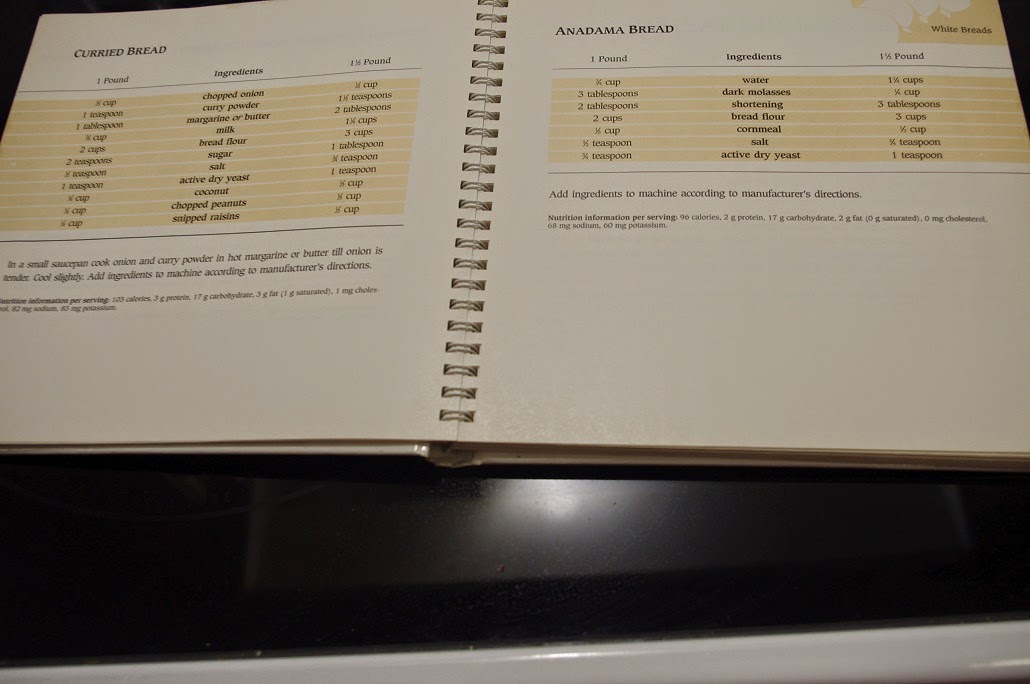 Some of the recipes are based on classics, like the Anadama Bread above.  Others are not, like these two.  And I don't know about you, but there's no way eggplant is ever going into a loaf of bread I make. 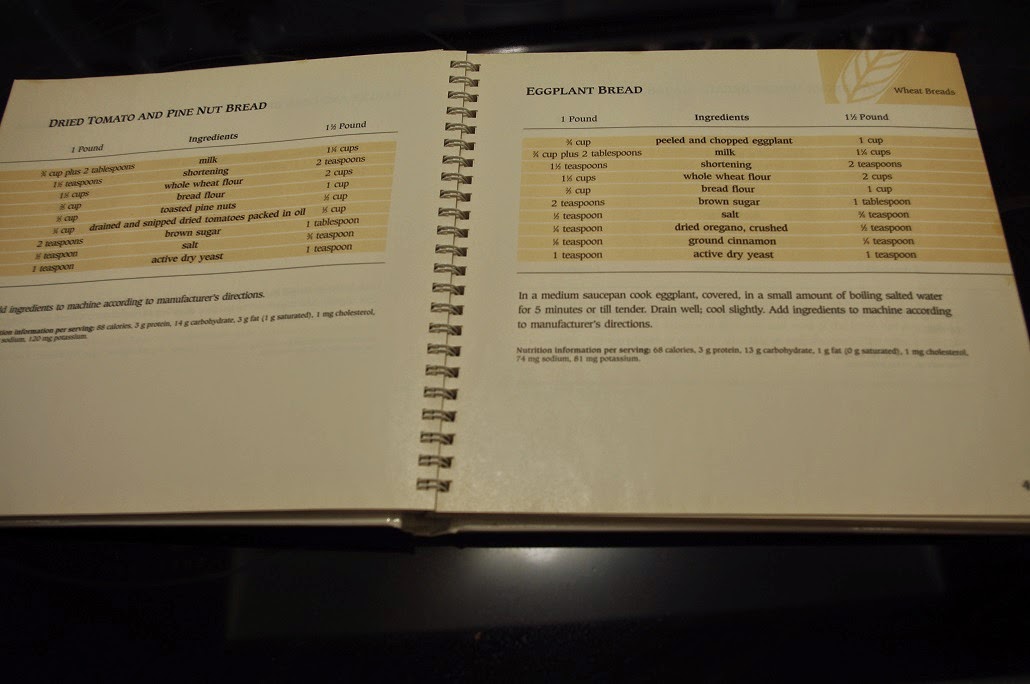 There are a number of sourdough breads, including the recipe for starter. 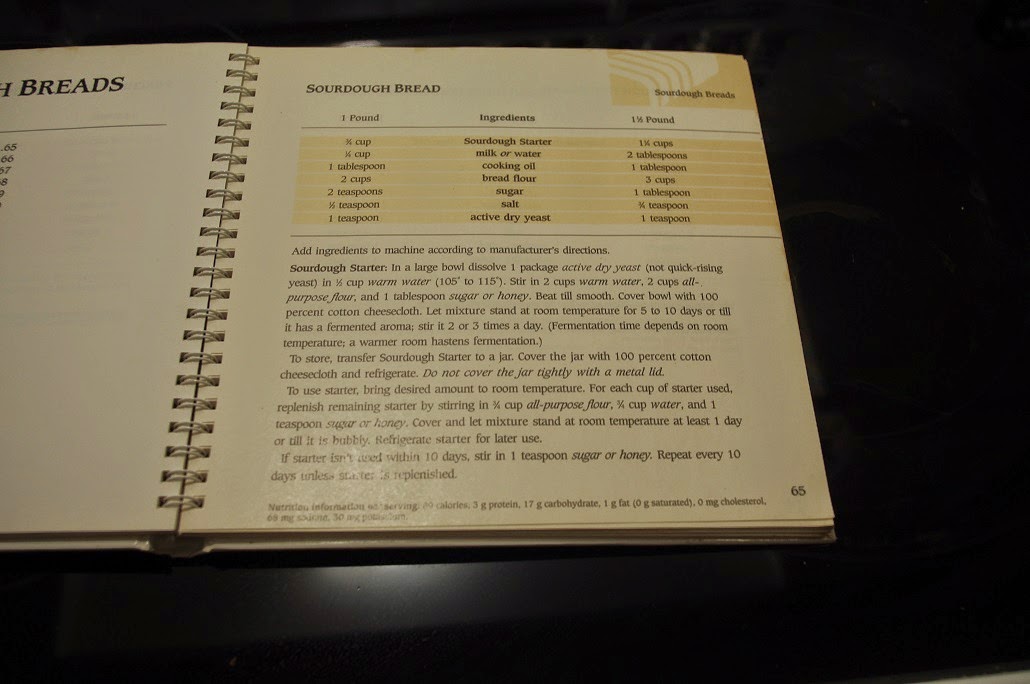 Some of their sweet breads are lovely, perfect for Easter, in fact. 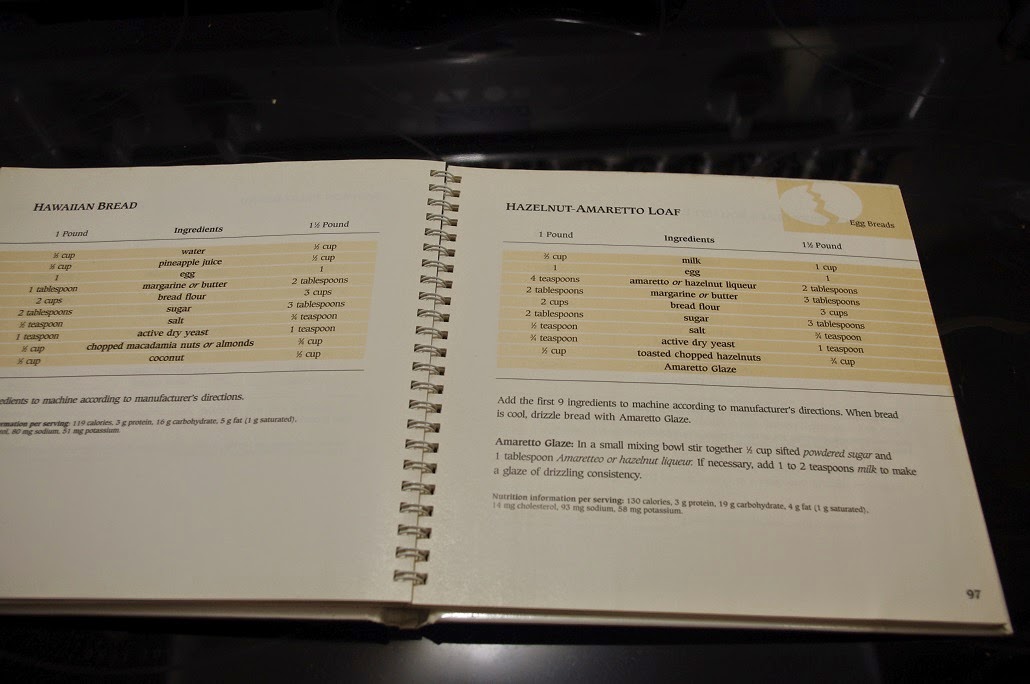 And, of course, they have some recipes for yeast raised products which aren't finished in the bread machine, like rolls... 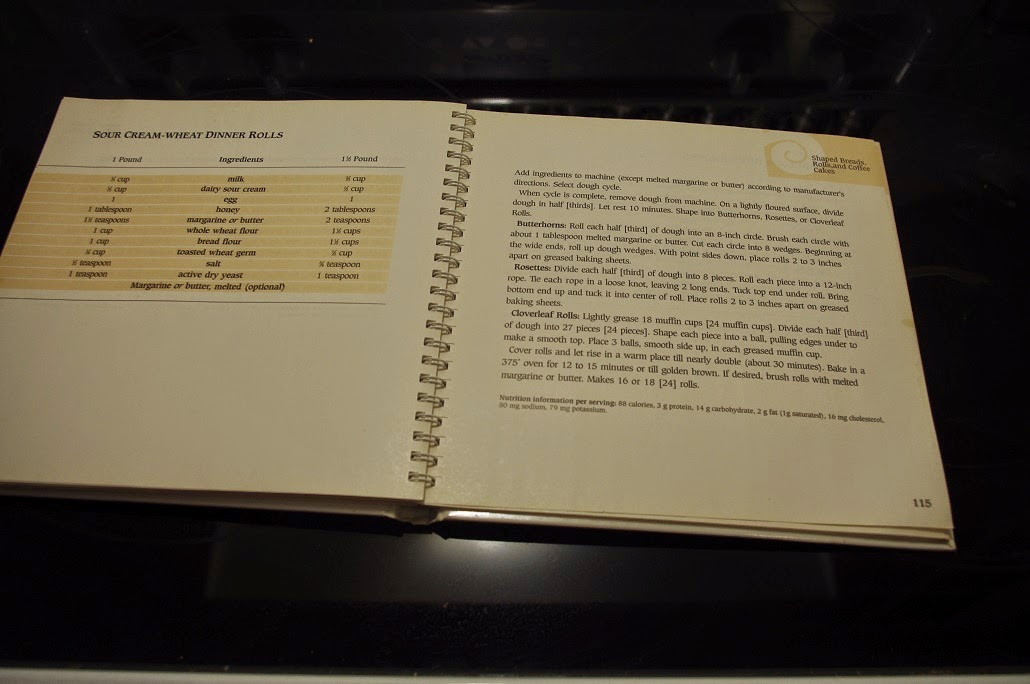 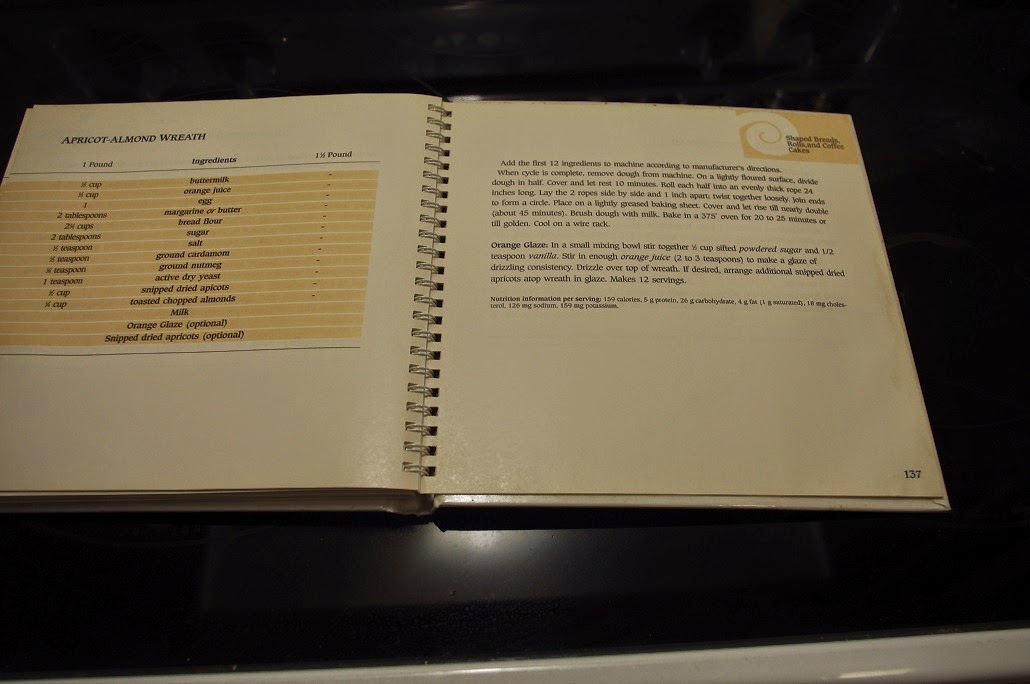 It's always nice to have a myriad of choices when making breads and yeast raised sweets.

This is my Cookbook Wednesday, usually hosted by Louise, who has taken a leave of absence.  In her absence, I'll be hosting again for a while.  Leave a comment if you want to be linked up! 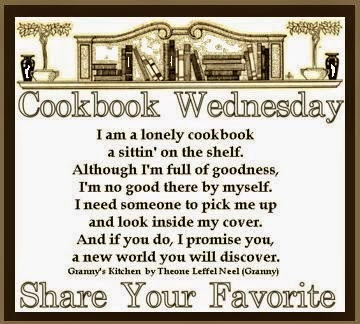 I am learning to like eggplant, but I can't say I'd put it in bread either! Maybe on top with a little baba ganoush, but not in the bread!

Thank you for linking me!

I am with you - I'd never put eggplant in a loaf of bread. Looks like another great bread making cookbook.

The food is absolutely amazing. I hope I could taste and cook that in actual, maybe if I have much time since I am so busy working. Anyways, thanks for sharing your article. God Bless and have a good day. Visit my site too.