Thorsday Book Review: Around the World in 50 Years

This is another book I saw reviewed in The Wall Street Journal. 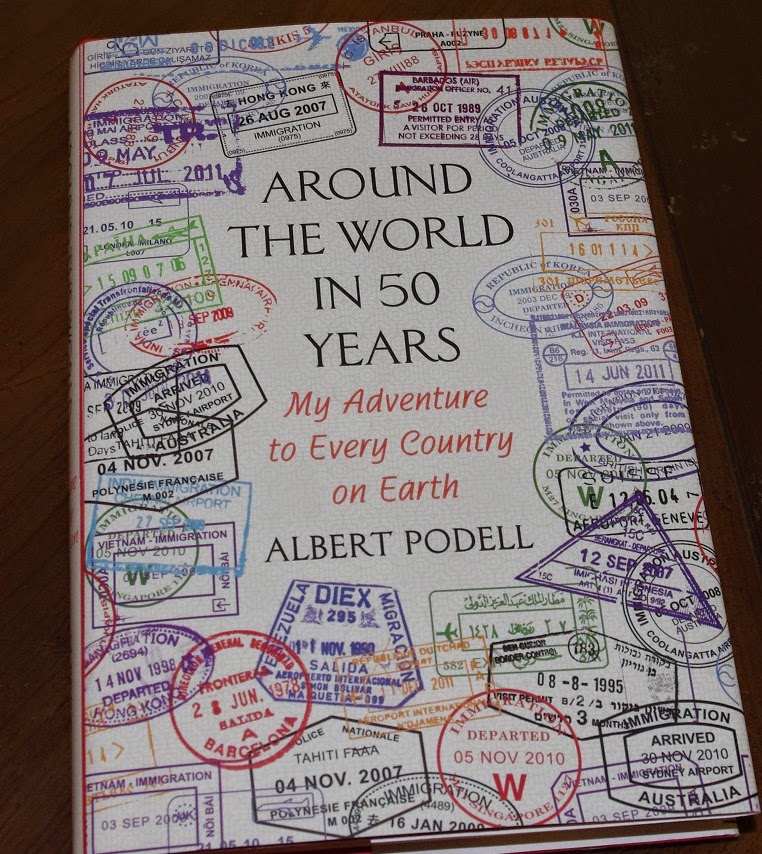 AROUND THE WORLD IN 50 YEARS
by Albert Podell

The author is an attorney, but when he started this journey, fresh out of college, with his friend Steve, it was simply to be a road trip to circumnavigate the world, paid for by sponsorships and magazine articles.  It's a great book, written in the tone of a friend relating interesting, and sometimes horrifying or scary, anecdotes.  Albert Podell was the son of lower middle class Eastern European Jewish immigrants who earned his way through college and always wanted to travel.  The book never talks about his experiences in countries where plenty of people have gone, save in the beginning, where he writes about getting car repairs in Spain at the beginning of his journey.  Instead, he recounts the first journey, in the early 1960s, with plenty of attention and humor paid to the trip across northern Africa (for instance, the nomad who wanted to buy the "chunky" nurse he and Steve had with them for $2000, and deciding that he couldn't do so because Albert insisted that he must take the 2 skinny nurses as part of a package deal).  There are tales of trips through countries in civil uproar, difficulties of traveling in the Middle East as a Jew (he learned enough Christian prayers, etc, to be convincing as a non-Jew), difficult to nonexistent roads, and the strangers they met along the way (hunting from the back of the open Jeep-like vehicle late at night, anyone?).

Mr. Podell continued to travel as he aged, and, at some point, decided it was his goal to visit every country in the world.  Some places he visited twice, such as visiting East Pakistan, and opting to return when it became Bangladesh.  He's brutally honest about each place he visits, not writing about the great culture and history, but instead about the people (friendly in some places, not so much in others), the infrastructure or lack thereof, accommodations, government, things an observant visitor would notice.  He paid a lot of attention to Southeast Asian and African countries.  As I was reading that section, I thought it would be interesting to Diane from France, whose family traversed Africa in 1953 (and who published her mother's book about the journey), as a comparison to her experiences.  But even for someone who has no desire to leave her own continent, this was a spellbinding work.  5/5

Thanks Marjie for the link, I appreciate it. Must have a look for this book and see if I can get it here.

Keep well all of you Diane

Sounds like a ripping yarn -- I'll see if I can get my hands on it.

Interesting, even to another gal lacking wanderlust...

That sounds very interesting. It goes on the list.