I first heard of Vincent Van Gogh when I heard Don McLean's song in the early 1970s.  I loved the song, but am not such a fan of most of his paintings; I find them disturbing.  Of course, this book makes the reason behind that much clearer... 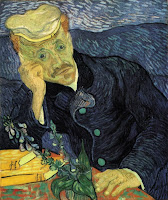 Dr. Paul Gachet was a specialist in mental illness in France in the late 1800s.  In the early summer of 1890, Theo Van Gogh approached him in Paris, requesting that Dr. Gachet, who had treated and was friendly with many artists of the day, care for his brother, Vincent Van Gogh, in his town of Auvers-sur-Oise.  Vincent did indeed come to town, renting a room and a shed from which he could work, and painted very vigorously through the beginning of the summer.  Dr. Gachet and his family became friendly with Vincent; Vincent painted the doctor's portrait, along with a portrait of his daughter.

We all know what happened to Vincent.  This story tells in much greater detail the story of Vincent's life, from a different perspective, that of his doctor.  Vincent was trilingual; he was brilliant; he was more than 2 or 3 degrees off plumb, which may go with genius.  The author used information gathered during her graduate school research, including about 900 letters written by Vincent, to write this book.  It feels as if the narrator was there; it feels as if he is still haunted by Vincent's death; it's a very good read.  5/5 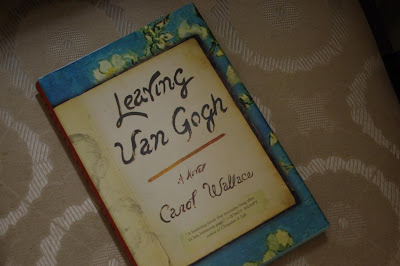 I wonder why genuis is always admired but the people lead such miserable lives!

Another on my reading list... Too many good books and not enough time.

Thanks Marjie. This book does sound good. Adding it to the list. Happy Easter to all in your family. No worries, and love, Carol (and Stella and Rory)

It sounds like a great read! I'll be on the lookout for this book.

I hope you had a nice Easter with your family.