Back to the drive up 287. The blue skies were spectacular. In this shot, it's hard to tell where the snow on the peaks ends and the clouds begin. 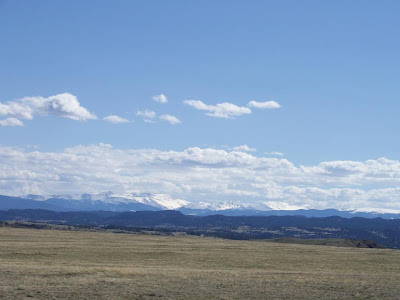 This was an interesting crag beside the road. 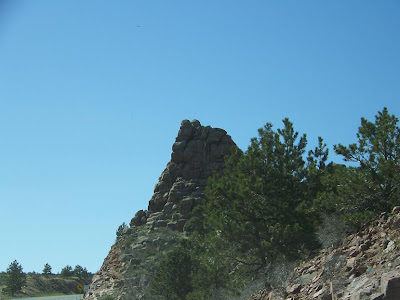 This is what it looked like when we parked next to it. 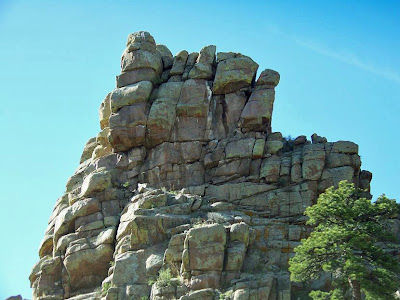 As we got closer to Laramie, and higher in elevation, the snow was not only on the peaks, but also in the valleys and fields. 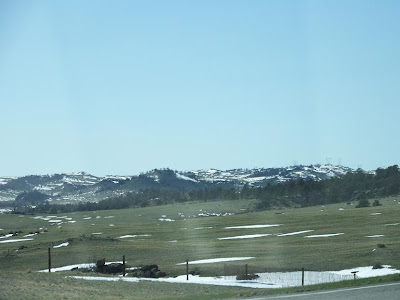 This was taken from a high point on the road. 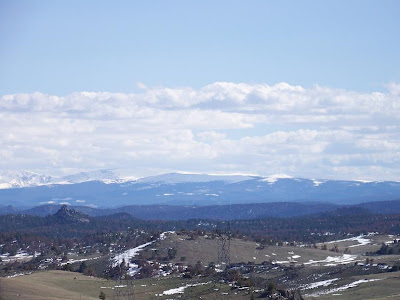 A mesa in the middle of the rolling fields. There may have been cows out there, but we were too far away to see them. The distances you can see are simply mind boggling to those of us from the East Coast, where the ground rolls up and down, trees tower over us, and the skies are not endless. (There is a reason they call Montana "The Big Sky State," and most western states could be similarly named.) 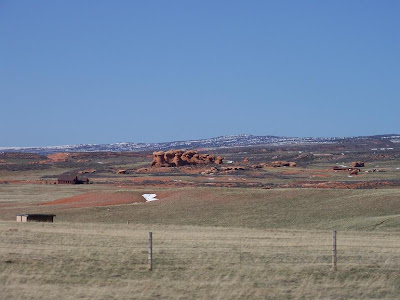 Tomorrow is Thorsday, then I'll show you some of the structures we saw along 287.
Posted by Marjie at 3:49 PM

Scenery like this is so awesome, and I mean that in the full sense of the word (not the overused sense, as we so often hear today).

Having been born, raised and lived much of my life in huge open spaces, I find these pictures so soothing. But, I did not realize until now, when I am back on the prairies, how much I grew to love the mountains during my 30+ years in Calgary. My favourite spot on earth is the Highway to the Sun in Montana, just across the border from Canada. Pure mountain ecstasy.

You make me want to take a road trip!

Love the natural sculptures, and the snow.

Easy to see why it's called Big Sky Country

Wow, that is some countryside. Great photos.

Nice shots Marjie, but like I said the other day - sure is brown.