I don't know if this is actually a torte.  I know it's not a tort, because that's a legal action.  But I remember making something basically like this, but with lemon, and I'm pretty sure the cookbook involved called it a torte, so I'm going with that.

Before my food delivery last Friday, I had a pesky dozen eggs remaining that I had to use.  And I had a husband who was wailing that there was nothing good to eat.  (That's actually the most common refrain in my house - "There's nothing good to eat!"  By "good" they all mean "instant" and not cold cereal.)  So I dreamed this up.

Whip the egg whites with cream of tartar until foamy.  Add the vanilla and beat until soft.  Sprinkle the sugar in bit by bit and beat until stiff peaks form.  Spread in a greased 10" pie plate.  Bake at 275F for 45 minutes, until lightly browned, then turn off the oven, leave it closed and leave the meringue shell in the oven for an hour or so, until it's cooled down. 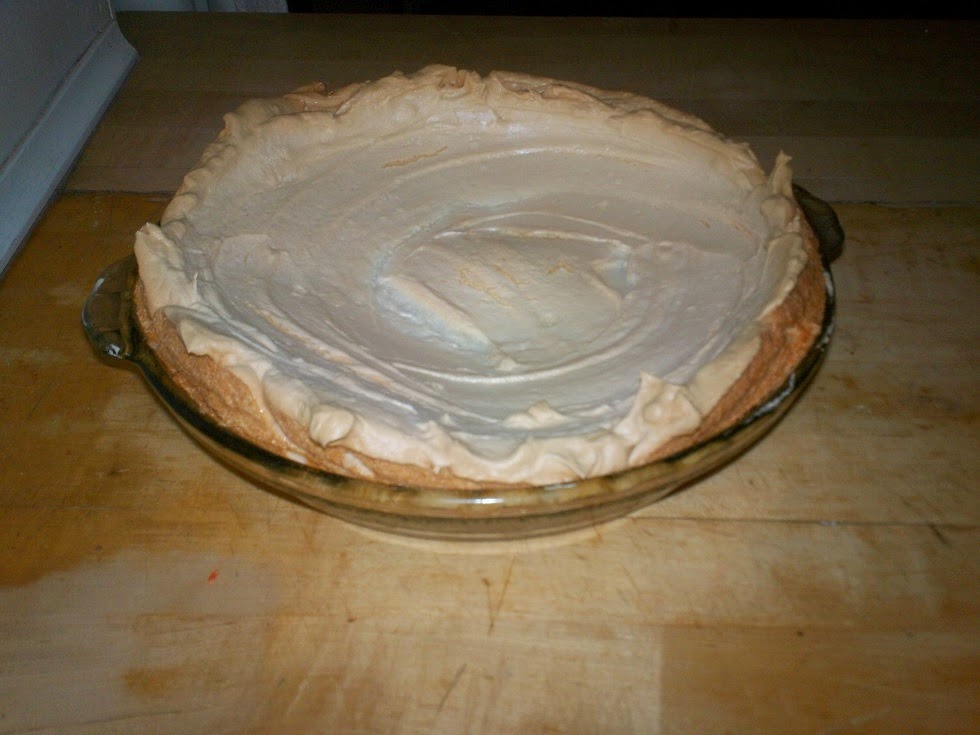 Meanwhile, in a saucepan, whisk together the sugar and cornstarch; stir in the water and cook until it starts to thicken.  Slice the strawberries and add them to the sugar mixture, along with the extracts (strawberry optional, because it's hard to find, but does add a little flavor).  Cook until thickened, then refrigerate until it's cold.

Remove the cooled meringue shell from the oven, spread the strawberry filling over it, and top with whipped cream when serving, if desired.  (I didn't desire.) 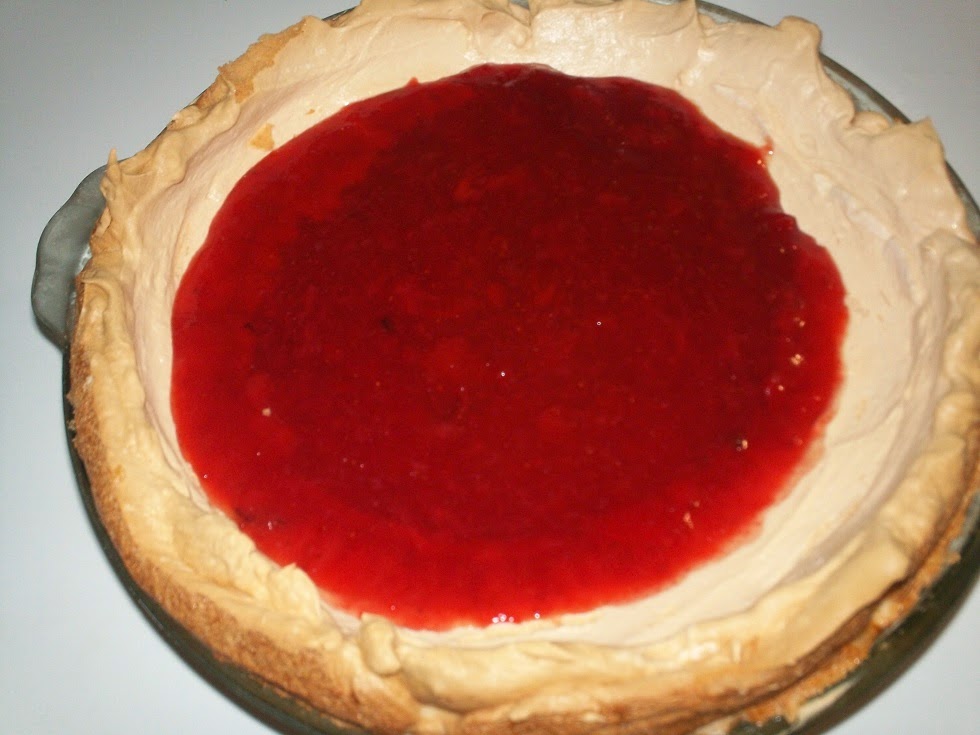 My dearly beloved ate half of this pie the first night, when I served it for dessert.  He finished it the next morning for breakfast.  Enough said? 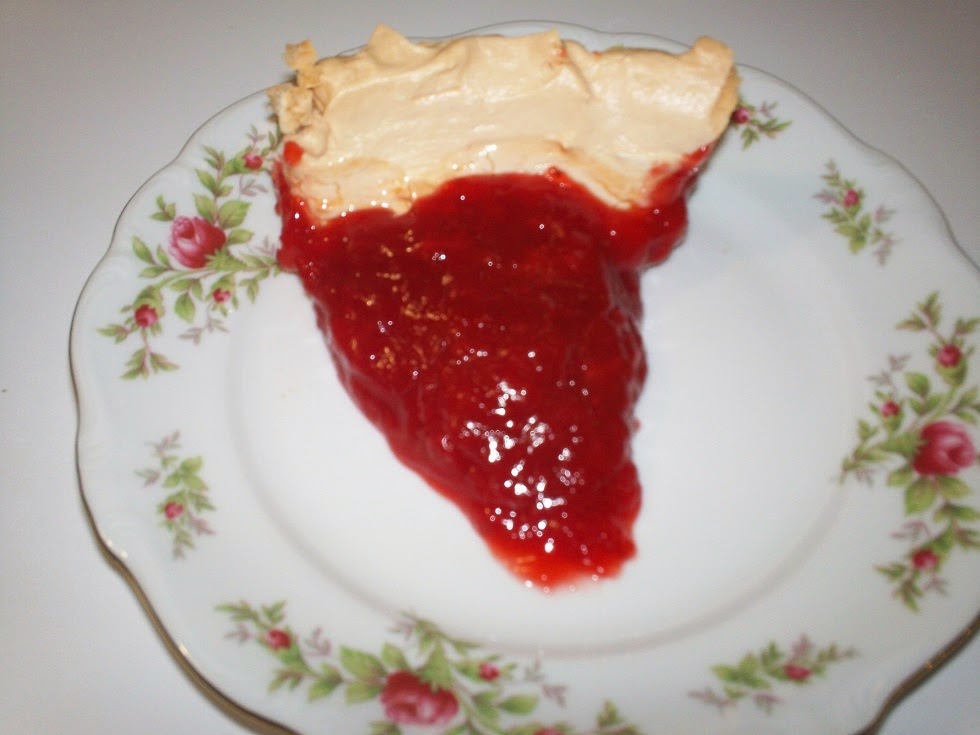 And I had too much filling for the pie.  I saved the remainder, and put it between layers of yellow cake a couple of nights later.  Ryan and his father loved it; indeed, Ryan ate it for dessert following breakfast and lunch for a couple of days.  At least we slowed his weight loss for this week. 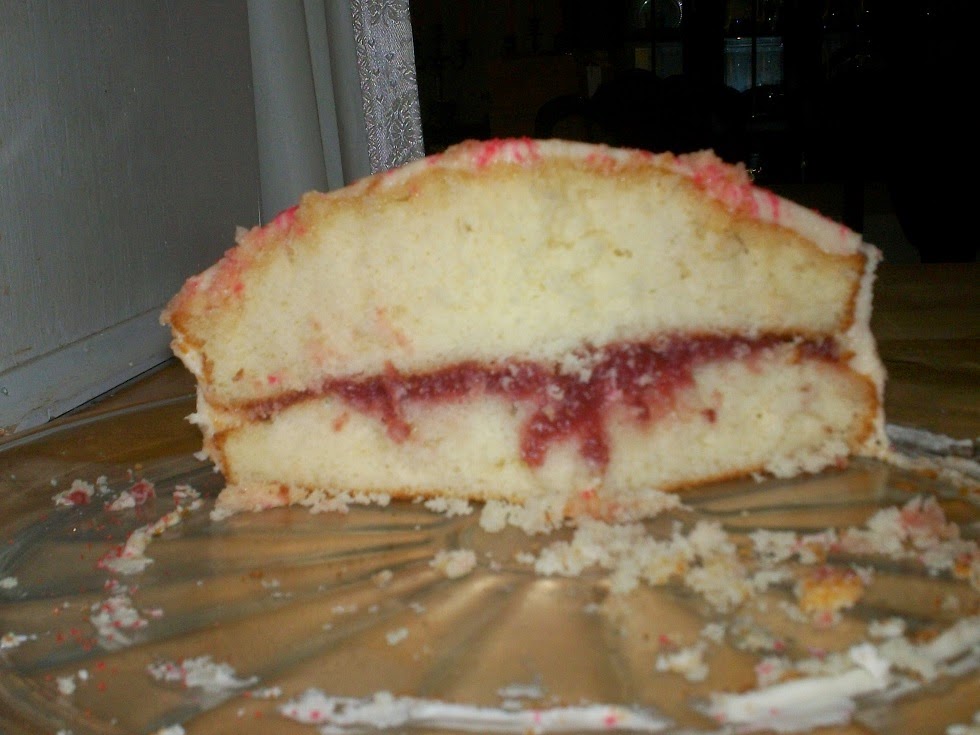 Happy Weekending, everyone!
Posted by Marjie at 4:19 PM

Email ThisBlogThis!Share to TwitterShare to FacebookShare to Pinterest
Labels: dessert

Ooo - your Torte is a Pavlova!

not a fan of meringue, but using at a cake filling was brilliant and something i'd enjoy very much!