I had a dilemma this weekend.  Sew Camp was going on, but my son needed to come for my granddaughter's third birthday, which I couldn't possibly miss.  So, what did I do?  Go for the first 24 hours of Camp, of course!

I showed up without a sewing machine or projects, and GMarie gave me a piece of a lovely border print fabric and invited me to look through her patterns for something that said it wanted to be made from this print.  And this was the end result: 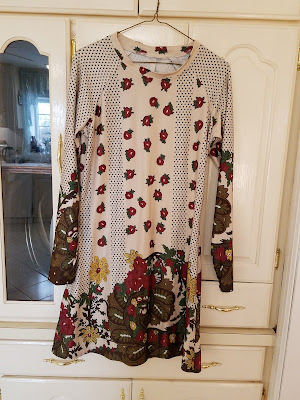 I took the scrap home with me, because, why not?  And then realized that I could make a mini of mine for Miss Maddie. 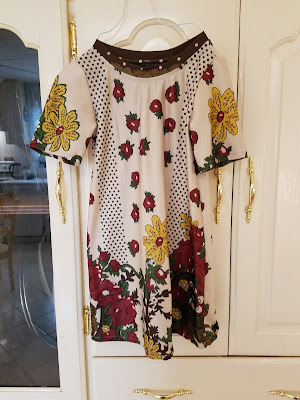 On Friday, we went to Fabric Mart.  I might have overbought. 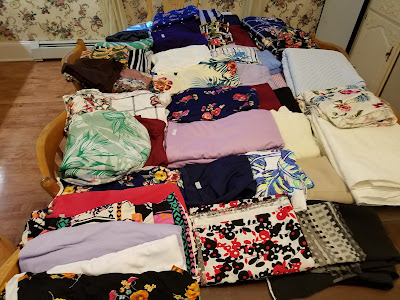 Every piece is between 1 and 4 yards.  I calculate there's about 100 yards in total.  But I only spent $104, so I didn't really overbuy.  I feel lots of dresses for myself and my granddaughters in my future, along with maybe some skirts and tops.  I know I didn't need this much fabric, but I actually did need it.

While I was there, GMarie also gifted me a fabric she'd bought for a doll outfit for her granddaughter, then decided against, so when I got home, I zipped through a little dress for Maddie's birthday (in addition to her Pooh dress).  What did the child think?  "EEEEE!!! It has pockets!!!!"  My daughter in law said she loves it when I make her clothes and things, so she'll probably get at least a dozen new pretty things by the time summer really arrives. 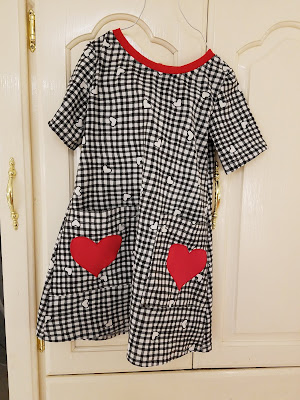 Oh, and when I got home, I discovered that we'd had 4" of snow, and my plow guy came through.  Absurd!  It was after March 21st.  Doesn't the sky know that we're only supposed to get rain now?

I absolutely love what you did with the border print! The dresses for your granddaughter are so cute! And, I'm jealous of your trip to Fabric Mart and all that lovely fabric you bought. All that for a little over $100? Wow! Can't wait to see what you do with it all!

I used to love border prints. I haven't worked with one in years, maybe I need to find one. Are you having fun making those sweet little dresses for the girls? I really like making kids clothes, the colors, the fabrics, the ruffles and ribbons!

Busy, busy, busy! I love all of the dresses. Your grandchildren are so lucky to have you!