So, in the midst of making adorable baby things, I made an infinity scarf for the relative in Denver.  The pattern was included in my February Sewciety subscription box.  This wasn't the fabric they sent, but I chose it to go with a green sweater dress I'd bought her.  Seemed appropriate for February in Denver. 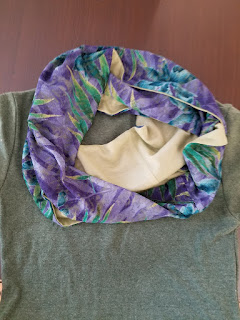 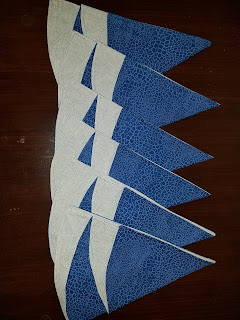 Like the scarf and glad that you have plenty to do. Have a good week, Diane

Love the scarf! Can't wait to see what comes off your machine next!

The scarf is beautiful and I love the design of the napkins too. You are so talented!