You all know I read The Wall Street Journal. every day.  (No, that isn't a typo; the name of the paper ends with a period, so I thought I'd type it right just this once.)  On Fridays, they have a Mansion section, which often features houses and housing concepts so foreign to most of us that I just shake my head (a turntable in your garage, so you don't have to turn your car around, because there isn't enough room? really? an elevator to take your car to your apartment? really?) and they always have an interview with someone famous about their childhood home and memories.  Last Friday, it was Jacques Pepin.  And that caused me to remember this cookbook!

This came from a library used book sale a few years back.  And given next week's festivities - my daughter's wedding and all of the pre-ceremony excitement, which will go on for a few days - I thought refreshing my short-cut repertoire was in order. 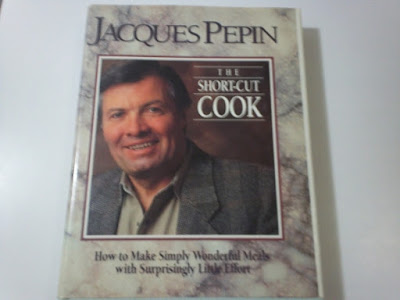 He has all of the usual categories. 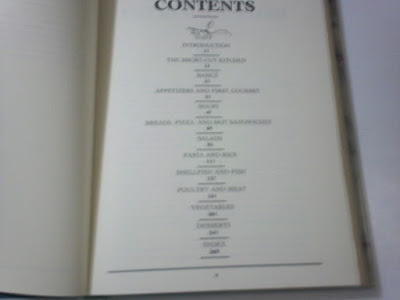 In his first chapter, he advises all of the convenience foods you should have to make cooking easy when you're busy.  Really! A fancy chef who gets paid plenty, who believes in the wonderment of canned foods and bouillon cubes?  His intro says he wrote this cookbook with his daughter in mind.  That's great news for the rest of us.

Most of his recipes have but a few ingredients.  And there are plenty of tips about something you can store long-term in your pantry, to make the cooking faster. 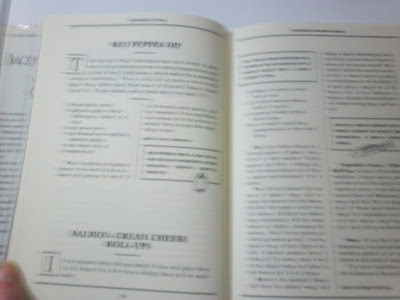 He does give recipes done the long way, like yeast breads... 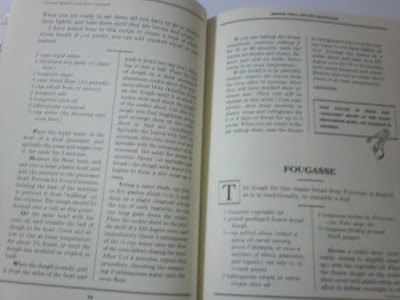 ...but he also acknowledges the goodness of frozen bread doughs and the like. 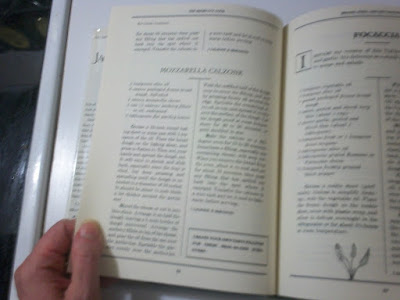 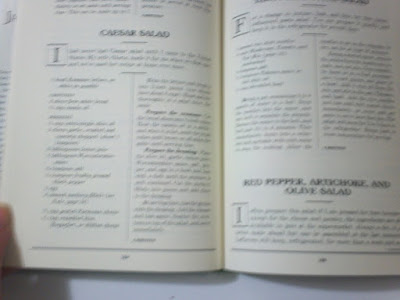 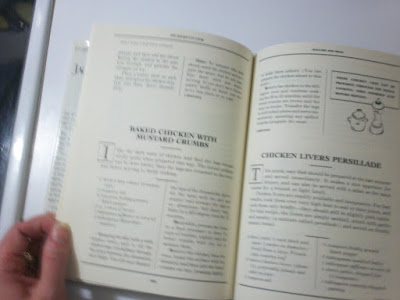 I don't know why these pictures aren't as clear as usual, but the Cream of Corn Pudding calls for a can of creamed corn.  Easy-peasy. 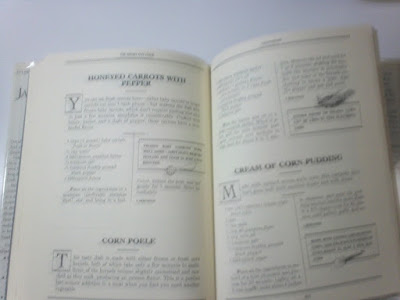 Yams with maple syrup and butter, with canned yams as the basis?  A real time saver. 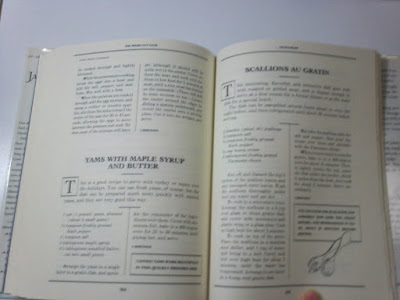 He even says that some frozen berries are just as good as fresh.  I already knew that, but it's nice to see someone who gets paid for being a great cook acknowledging that. 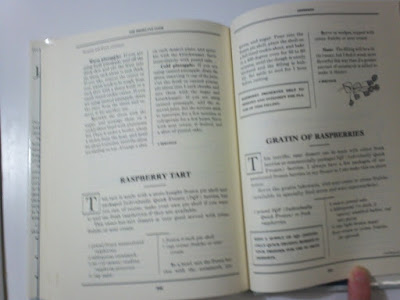 You know I'll be poring through this cookbook for ideas for next Tuesday, Wednesday and Thursday night dinners (and snackage throughout those days and Friday).  I'll just think of it as a practice drill for Thanksgiving week; after all, I'll never be feeding more than 18 people next week!

This is Cookbook Wednesday, started by Louise, who is on hiatus. 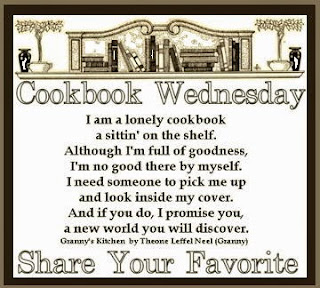 Enjoy your Wednesday, and Happy Autumn!
Posted by Marjie at 12:34 PM

It sounds like Jacques Pepin is a pretty laid back guy!

The wedding is just around the corner & I am so excited (and exhausted) for you! I can't wait to see her in that gown - it was seriously stunning in the photos you sent me. I hope you will take lots of pictures (and share them), although I know you will be so busy.

I wish you all the best for the wedding!

Pepin's autobiography, titled "The Apprentice," is a fascinating book. He was among the last generation trained in the real old-style way, beginning unpaid apprentice labor when he dropped out of school at around the age of 14. However, much later, he immigrated to America and went back for a formal education. With lots of fascinating work and cooking along the way!

Hard to believe it's next week already. Enjoy the festivities & hopefully we'll get to see the pictures.

I believe at some point in his career, Pepin was executive chef for the now-defunct Holiday Inn chain, which led to his practical approach to cooking.

Just looked it up. It was Howard Johnson's.

i usually find the french accent to be presumptuous but i don't seem to mind it on him...or on eric ripert. :)

Sorry we have had visitors and lots of bottling in the kitchen and I am way behind on blogging. All the best for your daughter's wedding. Diane