This was one of Ryan's summer reading books.  I didn't have high hopes for it, since it was written in the mid-1800s, but was quite surprised.

THE RETURN OF THE NATIVE
by Thomas Hardy

First, a definition.  It drove me nuts until I found a large enough dictionary to define this.  Reddle is red chalk, most likely polluted by iron ore.  It's used for marking sheep before they're taken to market.  Reddlemen are recognizable because their clothing, skin and belongings are all tinted red.  While society seems to look down upon them somewhat, in reality it seems they can make a good living.

Diggory Venn, a reddleman, is returning to Egdon Heath, with Thomasin Yeobright a passenger in his van.  She had gone to a neighboring town to marry Derek Wildeve, but the marriage license he had obtained was only valid in a different town.  So Thomasin is fleeing home to her aunt's house on Egdon Heath feeling disgraced.  Wildeve, who owns an inn, should make arrangements to get a valid license at once, but he dithers about, hoping Eustacia Vye will give him another chance.  (She moved to Egdon Heath about 3 years earlier with her grandfather, and hates the place.  Some locals consider her a witch.)

About 6 weeks later, Thomasin's cousin Clem (the returning native) comes home to Egdon Heath from Paris, having been there for several years.  Eustacia Vye learns of this, and positions herself to meet Clem, who is said to be handsome, and who presumably will be returning to Paris.  She also advises Wildeve to marry Thomasin, as she will not be marrying him.  A few months later, Eustacia does indeed marry Clem, and is distressed to learn that he has no intention of returning to Paris.

Ah, the interwoven lives and scheming occurring in this book! It was faster paced and livelier than most books of that era.  Not only did I enjoy it, so did Ryan, and we laughed at each other while delivering the Cliff Notes version to my dearly beloved just before school began.  Added bonus: It's available free for the Kindle.  4/5 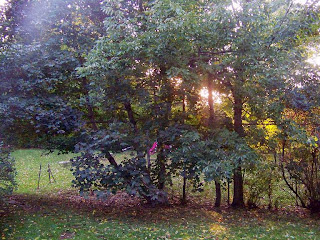 Sounds like my kind of book. Nice to know at least some kids are still reading challenging novels.

Gotta love those free Kindle books. It sounds like a great read.

I think I need to read it! It sounds worthy of its classic status.

Thomas Hardy wrote some potboilers, though I never read this one. I did read Far From the Madding Crowd, where everyone tripped over their own feet trying to get what they wanted.

I don't think I've ever read any Thomas Hardy!

Have a good Monday!

Sounds interesting and if it is free even more reason to read it. Thanks for the tip. Hope your week is a good one, Diane