Critters Who Attended The Wedding

So, naturally, when my kids came home for Shannon's wedding, they brought their dogs. 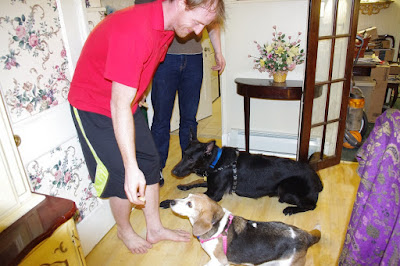 Lest anyone be confused as to whether beagles are pack animals, Shannon's friend's 6 month old baby is here to clarify the situation.  (This baby got passed around endlessly.  She was delightfully cheerful.) 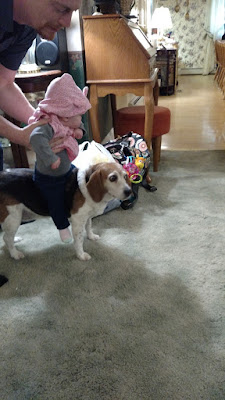 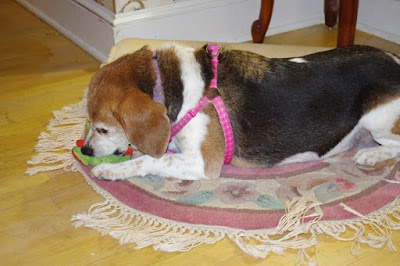 Shannon's sister found this kitten abandoned. He was too little to leave home alone. 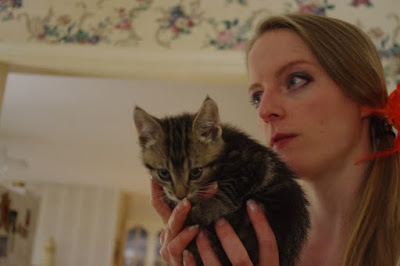 The kitten's name is Flea.  Tank offered to help Flea finish his food.  Flea was not frightened. 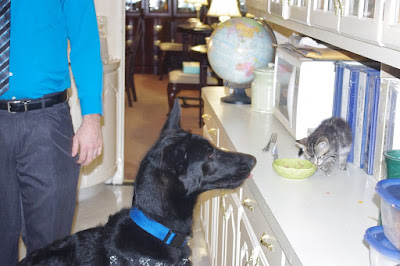 My tea cup had to go into the dishwasher immediately after I took this picture.  You just can't resist such an adorable little face, even when he's doing something strictly forbidden, like walking on my table. 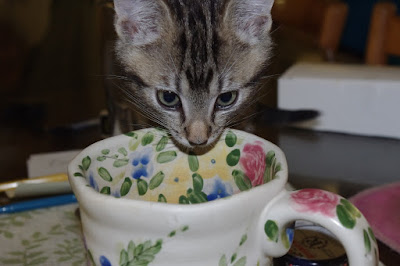 Before the wedding, Natasha helped Shannon and the baby's mother spray roses.  The baby stayed indoors and played with me and my dearly beloved.  She really liked him; I've always said he's a charmer. 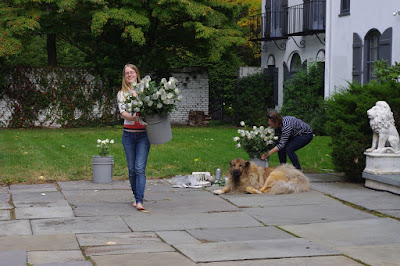 After I took this picture, Natasha growled at me.  That's her modus operandi. 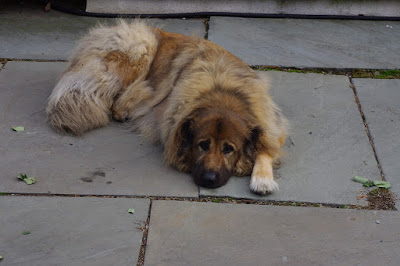 And, even though she's not a critter, I couldn't resist this picture of the visiting relative from Denver with some of my sons.  They wanted her to know just how short she is. 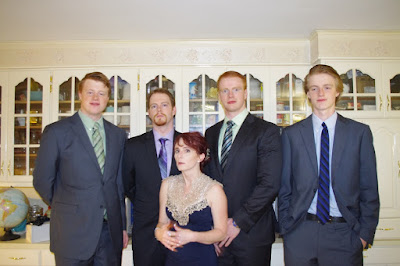 Glad the wedding went off okay and the critters got to attend as well.

Oh, little flea is adorable!! As is everyone else!

What's a wedding without a few fur kids?

Sure looks like it was a fun house full!

Oh, I'm just catching up on the wedding posts now. A stunning bride in a beautiful dress and gorgeous family pics !

An at-home wedding that looked like an all round sucess. Furbabies too, they ARE part of the family after all.

Congratulations to the happy couple !

You sure had a houseful! That kitty is adorable and so is the baby. Your relative looks TINY next to your boys.

i'm such a cat person. i loved seeing the pups but the kitten made me melt. :)