The last time each of our grandchildren came to visit, their moms brought their Halloween costumes.  I never dressed up my babies, but I guess things are different these days.  Anyway, they're adorable, aren't they?

Nora as a narwhal: 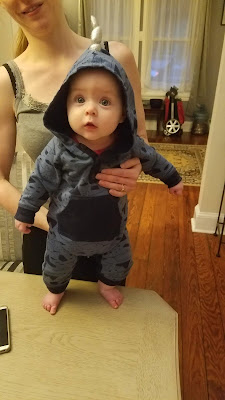 Maddie and little Five as dragons: 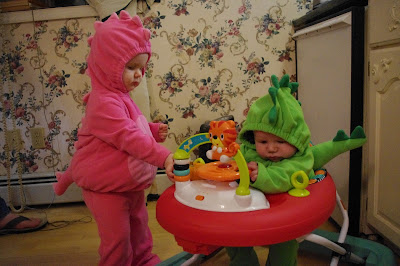 Flowers Shannon picked me from my own yard: 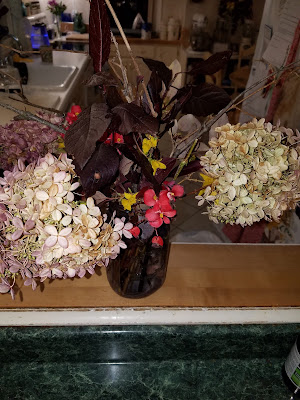 OK, so those aren't even children.  But my dearly beloved and Ryan both howled about her "dead sticks!"  I thought it was pretty funny.  Who knew there were still flowers blooming in the chily northeast during the last weekend of October?

And, speaking of October, Mark's 18th birthday was last Sunday.  Can you believe my baby is 18?  Of course, he was at college on his birthday, but we celebrated when he was home for fall break.  You don't think he would be allowed to NOT celebrate, do you? 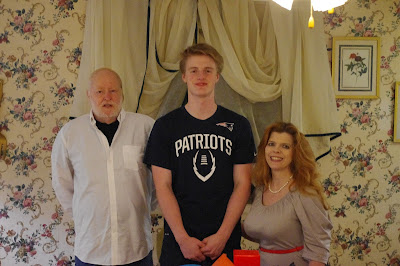 He told me he didn't want a cake, so I told him I'd make him a fish instead.  "As long as it's frosted and decorated, Mom, that's fine." 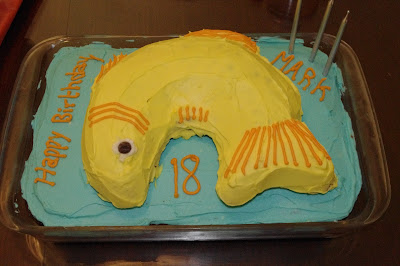 I wonder if having a frosted Birthday Fish is going to become a trend? 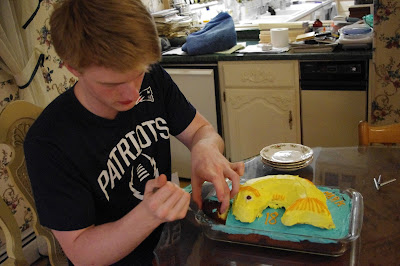 Happy Wednesday, everyone!
Posted by Marjie at 1:41 PM

Email ThisBlogThis!Share to TwitterShare to FacebookShare to Pinterest
Labels: grandchildren

Nora makes the most adorable Narwhal!! Those dinosaurs are so cute too! You must love having the little ones around. Happy birthday to your baby... time flies! I can't believe he is 18.

I was just wondering how little bitty Nora was doing. The little ones look so cute.

Gosh has Mark stopped growing yet? Every photo he seems taller :-)
Growing up in Rhodesia I did not know Halloween existed. It is not much different here in the country in France, Halloween passed with out it being noticed!!
Hope this finds you all well, take care Diane

They are all adorable!

dragons and a narwhal! too cute! my eva was an owl. :)
great cake! as traditions go, i think that would be a good one.